The warning signs of an "abusive" church.

I was involved with a fellowship that was accused of being an example of 'churches that abuse.' That accusation was made on the internet, in a book, and continues, at least with some of those who were also involved, in this current era of social media.

I have had over 10 years now to reflect on the lessons that I learned from my 30+ plus year involvement in that fellowship. And to be honest, I still have some difficulty 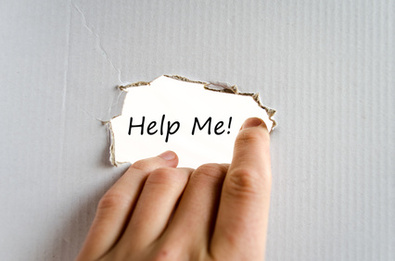 wrapping my arms around the word 'abusive'. I think part of that is due to the fact that I put a higher threshold on the definition of the word then has become socially acceptable. And part of it involves the fact that an amazing amount of gold was woven into my life in the midst of what was admittedly a mixed bag of life experiences.

It seems today that any snub, rebuff, harsh word or perceived offense can be categorized as "abusive." And while I understand, and support, the need to widen the traditional definition and viewpoint, I wonder if lumping everything under the category of abuse is helpful.

With regard to any organization, institution, group or gathering, I think there can definitely be the danger of an extremism and fanaticism that pushes well into the range of indisputable abuse. David Koresh, Jim Jones, Sun Myung Moon, Charles Manson, etc. are examples that come readily to mind. But I also believe that there are characteristics of the truly abusive environment that have their origins in a more benign and seemingly innocent setting. Unfortunately those characteristics can grow over time and have an equally profound and hurtful effect. I would characterize those elements as the warning signs of an "unhealthy" church or fellowship. And for the rest of this post, I want to use the word unhealthy instead of abusive, because I believe that any abuse we see in churches and other institutions is the end result of not treating unhealthiness when it first becomes manifest.

That said, I know that there are people that feel they endured truly damaging, hurtful, and even abusive treatment while involved with the group I was in. And I am not going to try and justify or minimize their experience in any way. It was, in fact, how they experienced life in that fellowship -- sometimes for many, many years. The negative impact on their lives cannot be dismissed or understated. When it comes to my case specifically, I can say that what started out as an incredibly wonderful opportunity to learn, grow and serve Christ, became increasingly more painful and debilitating -- physically, emotionally and ultimately spiritually. But the fact remains...I stayed until the end! I made that choice, notwithstanding the fact that "the door locks from the inside." I could have walked away, but I didn't.

And this is really the point of this post...when is it time to walk away? What are the warning signs of an unhealthy spiritual environment? How can I know when this is not the right place for me?

For some, these are relatively easy questions to answer. These are folks that have a sensitivity to what is unhealthy for them and the courage or fortitude to walk away - regardless of the pressure or consequences. For others, like myself, the issues are harder to face. Part of this is due to my powerful need for acceptance, inclusion and affirmation by others. By nature, I am willing to accept a lot of pain and heartache on the chance of being accepted and included...to be part of something. And then I are willing to accept more pain and heartache to ensure I remain a part of what is going on. Just writing this makes it sound pretty pathetic, especially since it creates a special form of cowardice when it comes to facing the cold facts about a situation. Mix that with an often misguided sense of loyalty and a sincere desire to change things for the better, and you a get mix that makes it almost impossible to pull the plug!

From that perspective, I want to suggest some of the things I have become aware of that characterize an unhealthy spiritual environment. A checklist, if you will, that signals when it is time to leave.

This has been a somewhat painful, but also healing, consideration for me. I don't honestly know if our fellowship should be considered abusive, but I do know that by the end, it was a very unhealthy environment for me, my wife and daughter. I am grateful for the gold that was woven into my life. I treasure the life-long relationships of love and trust that developed over the years. I appreciate what I learned about community (both positively and negatively) from my involvement in what I believe was a serious experiment in what it means to live for Jesus. And I am humbled by what God has shown, and is showing me, about love, grace and authentic community.