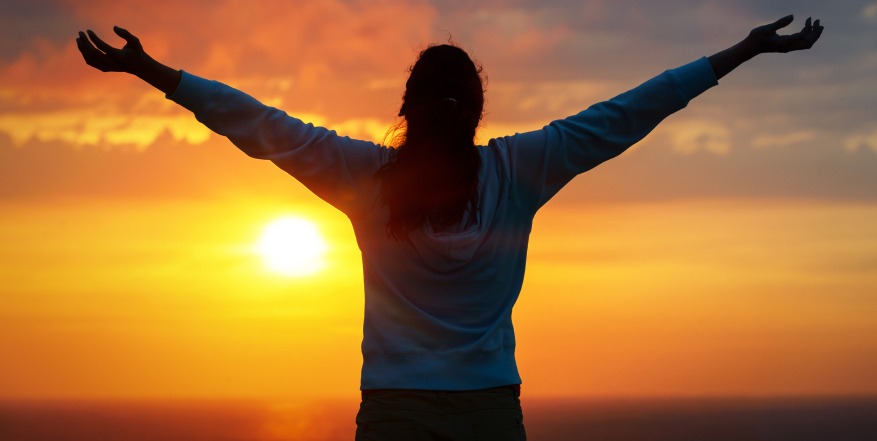 I struggle with doubt...and worry...and fear. These things have always plagued me in some measure or another. I have to admit that there have been times that they have absolutely paralyzed me and left me utterly useless for my family, friends and God. Part of the struggle has been the result of my overwhelming need to try and control outcomes. I launch out by faith and then encounter all those obstacles and difficulties and pretty soon I'm doubting if things are ever going to "work out."Will it be successful, will I be safe and secure, will I get the recognition -- you know how it goes.

Well the other day I read the following story in John Ortberg's book Soul Keeping: Caring For the Most Important Part of You. In it he tells the story of Dieter Zander, an incredibly talented and energetic worship leader at Willow Creek Community Church who had a life experience that would have plunged any of us into doubt. And it proved to be an incredible example to me of what to do when circumstances threaten to put me in doubt!

"One night when Dieter was in his late forties, he began to shake violently. He suffered a massive stroke in the left hemisphere of his brain. When he awoke six days later, he was no longer able to communicate as he had; he had to learn to say his wife’s name, to say his sons’ names. He could no longer use his right hand and therefore he could no longer lead worship. The music and words that flowed out of him were now mostly trapped in his brain.

He used to work on a stage, before thousands of people who applauded his every move. Now he works in a windowless room in the back of a Trader Joe’s grocery store. He breaks down boxes. When fruit is bruised, if a pear falls on the floor — when any product is no longer regarded as perfect, it is brought to Dieter. From him it will go to feed the hungry, who do not care if their apple is lopsided.

Dieter once wrote in a letter: It is good that I work there. I am like that fruit. I am imperfect. Inside I am the same person, the same sense of humor, the same thoughts. But my words betray me. What should take three minutes to say is an hour of frustration. People lose patience with me. Aphasia means aloneness. But God hears me. My world is small, and quiet, and slow and simple. No stage. No performance. More real. Good.

A year or so after Dieter’s stroke, he and his wife, Val, visited Nancy and me. He used a small whiteboard to help him communicate. Toward the end of our time together, he began to write a Bible verse. I knew which one it would be even before he scribbled it on the board: John 21: 18: “When you were younger you dressed yourself and went where you wanted; but when you are old you will stretch out your hands, and someone else will dress you and lead you where you do not want to go.” Then below that verse, Dieter wrote: “Good.”

When in doubt...it is always well with my soul!