When Jesus Takes His Time.

Now Jesus loved Martha and her sister and Lazarus. So when He heard that he was sick, He then stayed two days longer in the place where He was. John 11:5-6

From a purely human point of view, I think John 11 is one of the most perplexing passages in the gospels. It seems to reveal an intentional willingness on the part of Jesus to allow his friends to suffer needlessly.

How could Jesus, upon hearing that his dear friend Lazarus was sick, not make every effort to get to him as soon as possible? It was well know that Jesus was healing the sick everywhere he went, why not do everything he could to heal his friend? After all, he was only one day's walk away from Bethany and, to my knowledge, there is no record that he was involved in some big event or engaged so completely that he could not get away. Why would he just take his time? Why would he treat his friends like that?

Truth be told, he waited two extra days after hearing the news before setting off to Bethany. 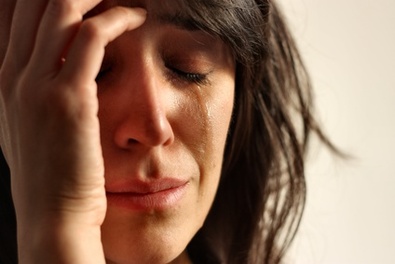 And then, if I read the record correctly, it took him another couple of days to make the journey. The end result? By the time he got there, Lazarus had been in the tomb for four days, Martha and Mary were devastated and the Jews who were attending the two sisters, were mystified by the whole series of events.

So what can we learn from this?

The disciples needed to learn the priority of the will of God.

Jesus and the disciples had recently escaped from the Jews in Judea who were trying to kill them. They had taken refuge across the Jordan where John first began to baptise. They were together. People were believing on Jesus. Nobody was threatening to stone them.

And then Jesus says to them, "Let us go to Judea again."

You can imagine what went through their heads..."What? Why in the world would we want to go back into the lions den? Don't you remember that the Jews there are committed to killing you -- and us?"

While they probably felt those were a fair set of questions, Jesus' response staggers them. He tells them that he wants to go back to Judea to see his friend Lazarus who has died and bring him back from the dead! While the disciples had seen many wonderful things in their journeys with Jesus, this stretched credibility to its limit. Jesus was asking them to travel back to within two miles of where there was a huge crowd thirsting for their blood, to try and raise a man from the dead!

What was their state of mind at that point? Thomas put their thoughts into words, "Let us also go, so that we may die with Him." In other words, "this is a fool's mission, but at least we can all die together as a happy band of idiots!"

There are times in our lives that Jesus waits until the perfect time to call us to the most impossible, or at least improbable, thing in order to help us learn obedience to the will of God without reservation. We rarely balk at his will when we can see clearly the value, impact or benefit of doing what he is calling us to. But what about when it is something that seems so incredibly futile, senseless and dangerous? What about when we cannot see the point or purpose and can't anticipate a 'positive' outcome? Are we willing to move forward with him regardless, or will we insist on staying where the ministry results are evident and we are safe from danger?

Martha and Mary needed to trust Jesus for an irrefutably 'greater work.'

When Jesus finally got near Bethany, Martha comes to him and expresses her disappointment that he did not come more quickly. She says,“Lord, if You had been here, my brother would not have died. Even now I know that whatever You ask of God, God will give You.” Her angst is mixed with the desperate hope of "even now." She believes that he can do something even give the present circumstances. Jesus honors that hope by revealing that her brother will rise again and that Jesus himself was indeed, "the resurrection and the life."

What is significant here is that Martha immediately runs to get Mary, and when she finds her, says nothing about what Jesus had just revealed to her. To Martha, the resurrection is something for the future and what Jesus said did not have a present significance. It would be as if you heard that a well-beloved relative had received Christ on their deathbed. You would be glad that they had escaped hell and would be with you in the kingdom, but it would have little practical impact on the present situation. They would still be dead. To Martha Lazarus was dead, and there was nothing to done about that, but at least he would rise again in the resurrection -- Jesus had said so.

And so Mary comes weeping to Jesus with same lament - "if you had..." A lament that affects all those who accompanied her to the tomb. In fact, the crowd of followers ask a similar question, "Could not this man, who opened the eyes of the blind man, have kept this man also from dying?”

Everyone had the same thing in mind, "If only he hadn't taken his time and got here too late, he could have healed this man!"

I think this is a pretty accurate picture of our own thinking when we have been deeply burdened about something, have been praying fervently, and truly believe that God has the power to intervene and remedy the situation...and then he takes his time. We then begin to point the "if you had..." finger of despair, disillusionment and subtle accusation at the one of whom it says, "He was deeply moved in spirit and was troubled..." and "Jesus wept."

Jesus is not ambivalent or unfeeling about our situation. He is deeply, profoundly moved by it. He was moved to tears at the tomb of Lazarus because he knew that he could have prevented all this grief and sorrow. He could have prevented all the tears and sadness. All he would have had to do was go immediately to Lazarus's side and heal him. But that wasn't God's plan. God wanted to do something magnitudes greater than just heal a sick friend.

And he wanted it to be irrefutable!

By the time Jesus got to the tomb, Lazarus had been dead for four days, and given the primitive way that bodies were prepared in those days, he was a little ripe -- and everybody knew it. In other words, this was the perfect setting for an irrefutable greater-works miracle. Nobody was going to claim that Lazarus was just playing possum and that this was a big publicity stunt to increase the buzz about Jesus. This was a very, very dead man, stinking in the decay and corruption of death!

And to this man Jesus says, "Lazarus, come forth."

When Jesus takes his time in our life it is so he can do something irrefutably greater than what we were hoping for or could have imagined. We just need to believe him for it.

Everyone needed to experience the undeniable power of his voice.

In the previous chapter Jesus was explaining the dynamics of his flock. There was a sheepfold, where they could be safe, some hirelings that didn't care about the sheep, some wolves that wanted to destroy them and the good shepherd, who had their care and well-being as the sole focus of his life. The well-being of the sheep was so important to this shepherd that he was even willing to lay down his life for them.

And the sheep knew the voice of this true shepherd. When he called they came to him and followed him.

So here is Jesus standing outside the tomb of Lazarus, one of his sheep, and he calls to him, "Come forth!"

Now if you were Lazarus what would you be thinking?

For me it would go something like this -- "What?! No way, you've got to be kidding! I just passed out of that veil of tears called life and am resting comfortably in the bosom of Abraham. I'm done with all the trials, tribulations, grief, sweat, and tears. I just want to stay here and enjoy this rest from all my labors! Please don't ask me to take a do-over!"

Fortunately Lazarus was not me! He came forth, expressing the character of an obedient follower of Jesus, and in that obedience manifested the undeniable, irrefutable glory of God. "The man who had died came forth, bound hand and foot with wrappings, and his face was wrapped around with a cloth. Jesus *said to them, “Unbind him, and let him go.”

I think it is so powerful that not only did Jesus raise him from the dead, he released him from all that bound him. I have often wondered if this second part of Lazarus' life was somehow freer from things that may have been a weight or impediment to him the first time around. In other words, that he manifested what it meant to be "alive from the dead" while still in the flesh, in a uniquely tangible way.

To the true sheep of the Good Shepherd, not even the grave can keep them from responding to his voice. When you think of Peter saying to Jesus, "I will follow you to death" (and of course he didn't at the moment, but would eventually) it has a certain weight of significance. I wonder if I would be willing to follow him if it meant my death, or the death of those dear to me. But there is an another sort of weighty significance to being willing to follow him out of death and into life!

The reality of this latter call is, for most Christians, more perplexing and intimidating than the prior one. This call is to follow him out of death, our unredeemed and unredeemable past, into newness of life that comes completely and exclusively from Christ. It is so much more than merely having our get-out-of-hell-free card punched. We are to be manifest witnesses of "life from the dead," the resurrection life of Christ. Men and women should be able to see the reality of that powerful resurrection life in us every moment of every day -- and be drawn to it.

That's what what our good Shepherd has called us to! Can you hear his voice?